Mexican Cheeses: What Can I Use In Australia As A Substitute?

Mexican Cheeses: What Can I Use In Australia As A Substitute?

Mexican food has come a long way in Australia over the past 5 years. We now have tortillas that are made in the traditional Mexican way and taste like they’re straight from your abuela’s kitchen; and we’ve been delighted to see tomatillos, jalapeños, habaneros and poblano chilies springing up at local farmer’s markets and even some supermarkets.

One thing still lacking in Australia is good quality Mexican cheeses; a delicious queso Oaxaca melting in your quesadilla, delicate crumbs of queso fresco sprinkled over your flauta, and the fresh slices of queso panela in your Mexican salad. Authentic Mexican cuisine has a delicious array of cheeses that unfortunately just aren’t available in Australia. Most Mexican cheeses are handmade, fresh, young and mild, with a very short shelf life. For these reasons, they’re hard to import or recreate here. But don’t despair! We’ve tested many cheeses that are readily available in any quality deli or grocery store in Australia and found the closest match to the cheeses back home in Mexico. 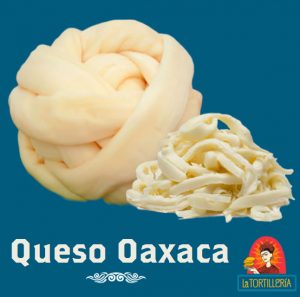 Queso Oaxaca is perhaps the most well-known and quintessentially Mexican cheese, and the most sought after outside of Mexico. For anyone who’s ever had a quesadilla made by a señora at a street stall in the state of Oaxaca will understand why it’s worth searching for this cheese. Oaxaca cheese is a fresh creamy-white cheese that comes wrapped up like a ball of string. It is reasonably firm, and you can peel it into thin strings. It is slightly salty, has a nice acidity tinge and melts well. The traditional queso Oaxaca is handmade from fresh unpasteurised cow’s milk. It is used for quesadillas, fillings for enchiladas and chile rellenos, melted onto tortas (Mexican sandwich rolls) and many other things. So is authentic Oaxaca cheese available in Australia? If you live in Melbourne you’re in luck. Casa Iberica on Johnston St Fitzroy and their new deli in Prahran Market stock a very good quality authentic Oaxaca Cheese (you can also buy La Tortilleria corn tortillas there!). It is made fresh in Australia by Vannella Cheese. Outside of Melbourne they make it for wholesale only, for now. If you can’t get your hands on some the next best thing is the fresh white Italian cheese Treccia. Add a bit of extra salt and it’s almost the same thing! Failing that, buffalo mozzarella will be close. The only downside is that buffalo mozzarella can become quite watery when melted and can make your tortillas soggy. 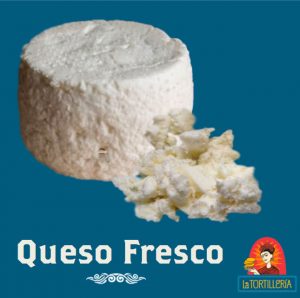 Queso fresco, which translates literally as ‘fresh cheese’, is that ubiquitous white cheese you find crumbled over flautas, enchiladas, tostadas and frijoles refritos (refried black beans). It is found throughout Mexico and varies from region to region. It’s white, creamy and mild and is commonly found in Australia at delis specialising in Latino foods. In Melbourne, The Cheese Shop Deli at Prahran Market is a good bet for buying queso fresco, or Casa Iberica Deli in Fitzroy. If you don’t live near a Latin deli, by far the best option is to make queso fresco yourself! There are several good recipes online and it’s very easy. But for those of us with limited time to indulge in the pleasures of cheese making, there are several substitutes you can use instead. The Indian cheese paneer is made in a very similar way and is a good substitute. Paneer has a slightly milder flavour and less salt – add some extra salt to counteract this. Another option is a very mild creamy feta such as the French variety, or Danish. These are still a bit stronger than queso fresco, but taste great crumbled over your dinner. Quark can also be used as a substitute. 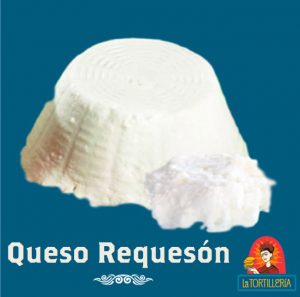 This is an easy one. Requesón is the Mexican/Spanish version of ricotta. Any full cream fresh ricotta will work perfectly for any recipe calling for Mexican requesón. In Mexico it is used for filling for enchiladas, chile relleno, gorditas, and in many dessert dishes. 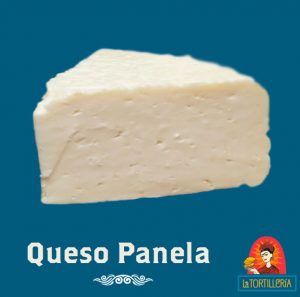 Queso Panela is sometimes referred to as ‘queso de la canasta’ (cheese of the basket) due to the way it is hung up in a basket to set, which in turn creates the shape and distinctive basket pattern on the outside of the cheese. Like queso fresco, panela is easy to make. It is a fresh white cheese, soft yet firmer than queso fresco, and has a very mild taste. It can be sliced and grilled to be served as a snack (it doesn’t melt), and is commonly seen in cubes in salads, served up in tortilla soup, and makes a great filling for enchiladas. The best substitutes are paneer, halloumi, or a very firm ricotta. Some good quality Latino delis will sell real panela.

I know, I know “you can easily buy Manchego in Australia!!” But Mexican Manchego is not like the common Spanish Manchego that you can buy here. It is much milder, softer and younger than its distant cousin in Europe, and instead of being made of sheep’s milk like the authentic Manchego, Mexican ‘queso tipo Manchego’ is commonly made of cow’s milk or a mix of cow’s and goat’s milk. It has many uses, but to name a few: it is used in quesadillas for a stronger flavour than the Oaxaca cheese, for Mexican fondue, or melted over ‘molletes’ (a type of Mexican open toasted sandwich). The best substitute is definitely not Spanish Manchego, instead fresh pecorino, gouda, or havarti will get you very close to the Mexican Manchego. Failing that, just a mild cheddar will do. 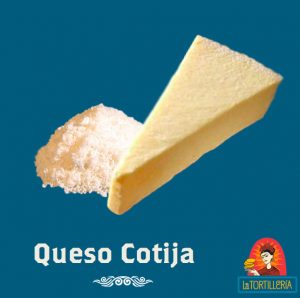 This handmade artisan cheese from the town of Cotija in Michoacán is the cheese you commonly find sprinkled over your ‘elote’ or grilled corncob. It is a hard, sharp, salty, white, aged cow’s milk cheese that crumbles easily or can be grated. It does not melt. Some refer to it as the ‘parmesan of Mexico’, however we find that with its distinctive taste, parmesan is not the closest substitute in Australia; ricotta salata, the hardened, salted and aged version of ricotta is the closest to Cotija in terms of flavour, texture and appearance. 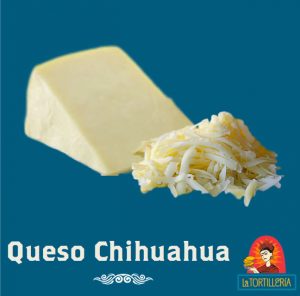 Queso Chihuahua is from…you guessed it, the same state that gave us those cute little dogs, Chihuahua. This cheese has an interesting history, being first produced by Mennonite immigrants who settled in Chihuahua in the 1920s. It is a pale yellow semi-soft cheese that is sometimes referred to as Queso Menonita. It is sold either young and quite mild, or after it has aged and developed a sharper tangier taste. It is used grated as a cheese topping for many dishes, as filling for chile relleno, or to make queso fondue. You won’t find queso Chihuahua in Australia, in fact you’ll barely find the real stuff outside the state of Chihuahua! The best substitutes are Colby, a medium to mild cheddar, Tasmanian raclette, or a Monterrey Jack, which is available at Costco. 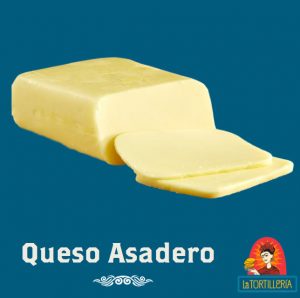 Queso Asadero is also produced in Chihuahua, and is a semi-soft pale yellow cheese with a slightly chewy texture and acidic tinge. It melts well and is used for chile con queso, chiles rellenos, queso fondue and served alone as a ‘botana’ (snack). The best substitute in Australia is a mild young provolone.

We are makers of award-winning traditional corn tortillas and tortilla chips, sold Australia-wide

Want more Mexican? Get recipes, tips and news straight to your inbox!

Read about the growth of Mexican food in Australia and how it has developed.
Read more