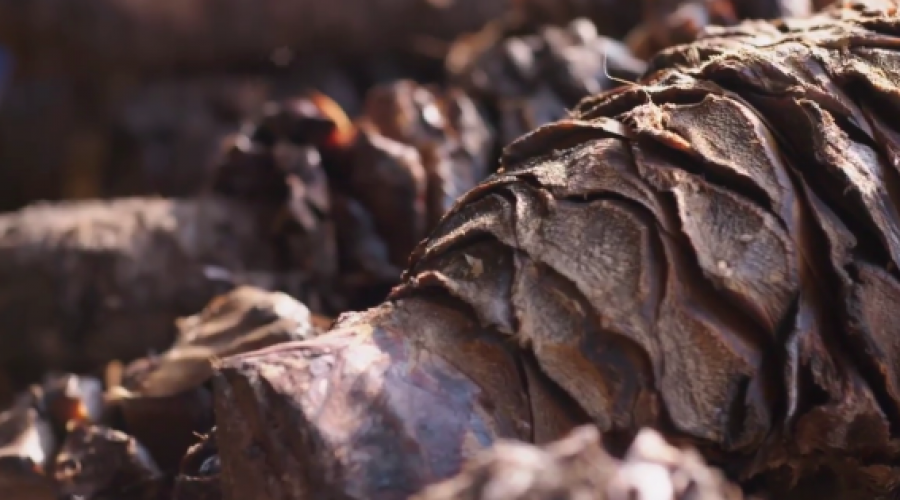 Underground cooked agave plant. Source: This is Mexico
May 13, 2020

“The spirt of the Gods”, as some people refer to Mezcal, is an authentic Mexican drink that goes way back in history, has catapulted back to fame in Mexico, and nowadays is conquering the world, charming one person at a time with it’s distinguished taste.
|

“For every bad thing mezcal, and for every good thing too” a popular quote we Mexican quote to describe what Mezcal truly means to us. And even though this amazing drink has recently catapulted to fame, its roots go way back in history.

Agave Matatlan. Source: This is Mexico

As I am currently writing this blog in 2020, I’m fully aware that not many have tried or even heard of Mezcal. The euphoria for Mezcal that started in Mexico a few years back, is slowly becoming a global phenomenon. I believe that in the years to come, we are going to witness Mezcal stepping into the throne that is currently claimed by Tequila as the ‘National spirit’ and ‘Global ambassador” of Mexico.

The origins of Mezcal are traced all the way back to the early 1800s, when the current Mexican land has not been named Mexico yet. It was thanks to the craftship brought by the Europeans to the Mexican land in the 1500s. The Europeans introduced the distillation process that they had learned from the Arabs, which gave birth to the Mezcal, Tequila, and Aguardientes. Mezcal is made from agave, primarily known for its succulent and xerophytic species that grow in arid climates. The Agave plant has been around for thousands of years, and have been used by many generations of indigenous Mexicans and for many purposes. .

In Mexico, Agave is referred to as Maguey, both terms are used interchangeably. Maguey was the name given to all the Aloe-Vera like plants that Spaniards found in the new world.  The word comes from the Antilles, where the Europeans first landed. The Mexicans and Aztecs called it ‘Metl’ while the Mayans ‘Ki’ whilst agave is the scientific name given by Carl von Linneo in 1753.

Some history about mezcal

The history of the agave dates to more than 10,000 years ago, according to archeologic

Crushing of cooked agave, by Sanzon the horse. Source: This is Mexico

al discoveries.  This amazing plant has been used throughout the history for many purposes including cooking, building and even making fermented drinks, like pulque. And while we are in the pulque subject, it is important to point out that pulque is not a predecessor of Mezcal, as the source and process are different. It is, therefore, not surprising to see that indigenous Mexicans had a goddess associated with Agave.  For the Mexicas, this was ‘Mayahuel’, a female deity associated with the maguey plant and also the goddess of maternity and fertility.

Cooked agave. Source: This is Mexico

Contrary to tequila that is only produced from one type of agave, Weber Blue, and in a handful of states.  Mezcal is produced in every state in Mexico where agave can be found and there are more than 200 different species that are used for mezcal. At least 100 of these agave species are endemic to Mexico whilst the rest can be found across the American continent.

The process of making mezcal

The process of making mezcal can be summarised to the following points:

While filming “This is Mexico”, we paid a visit to the talented people from Los Danzantes, who were happy to share their stories and processes. I’m not going to keep the story for another Episode, so make sure you Watch episode 4!  Don’t miss out on it! 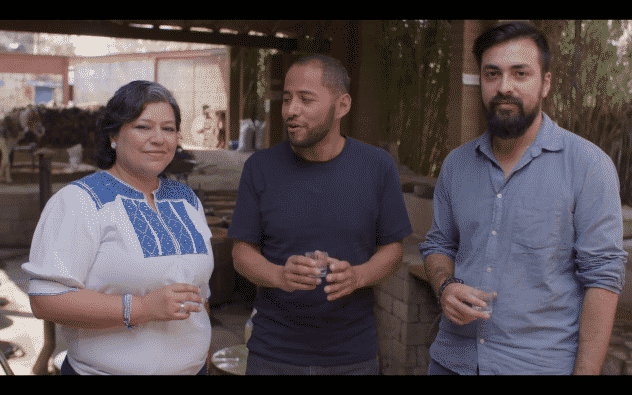 Karina and Victor, from Los Danzantes. Source: This is Mexico

During our wonderful visit to Los Danzantes, in Matatlán, Oaxaca, we had the privilege of meeting Victor and Karina. originally from Oaxaca, Karina is the mezcal master for Los Danzantes. To myself, Karina represents the new generation of hardworking and passionate Mexican women that bring renewed energy and a different perspective to this centuries’ old industry which had predominately being male dominated.  As for Victor, we met in 2018 at an event in Oaxaca where we both got invited by the Mexican Federal government.  Victor had heard of La Tortilleria in Australia because one of his childhood friends worked there.  What a small world! Iliana, who was our first employee at La Tortilleria, knew Victor. Victor lives and breathes agave and mMzcal! So you could imagine when I told him about the opportunity to be part of This is Mexico… he jumped straight at it! 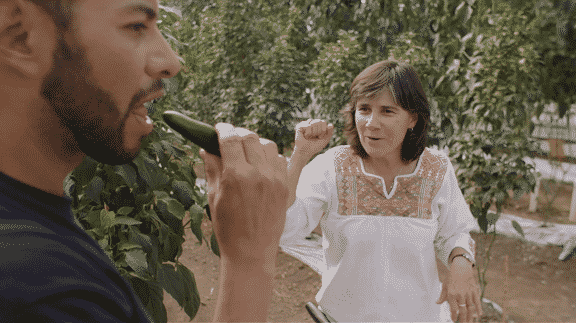