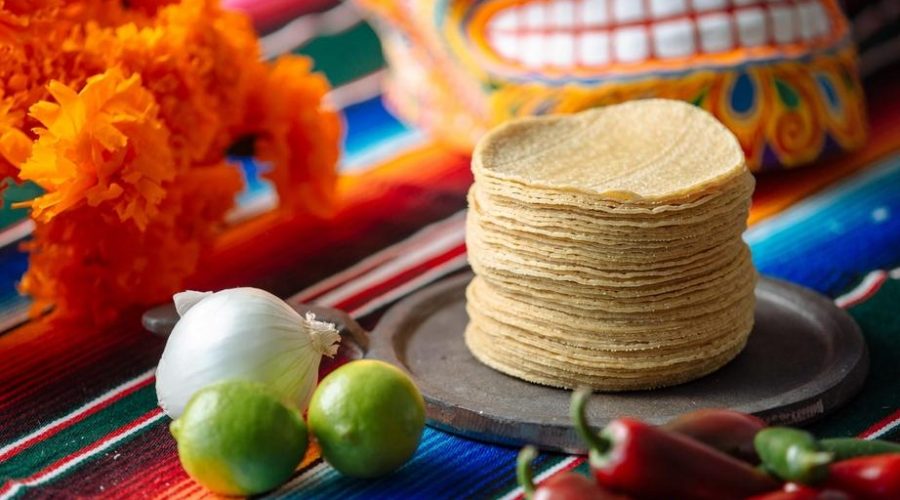 There is an important reason behind the fact that the best tortillas are always found in small towns rather than the big cities! It is all thanks to the indigenous Mexicans for keeping the ancient traditions dated back to pre-hispanic time alive until this day. This is mine and La Tortilleria's nixtamal journey in Australia.
|

The majority of people assume that those tortillas so special you find in small towns in Mexico are much better than the ones you find in the big cities in Mexico is because they were made by hand. To be honest, I was one of the believers in that. Little did I know that the secret to the best tortillas was in an ancient process called Nixtamal.

Upon arriving to Melbourne in 2009, it was obvious to me that whilst Mexican food was slowly maturing and gaining its reputation, the main ingredient to my fantastic cuisine was still missing: a great tortilla! Most of the tortillas you could find in Melbourne at that time tasted like preservatives and lacked that distinctive authentic corn flavor that we are used to back in the villages of Mexico. 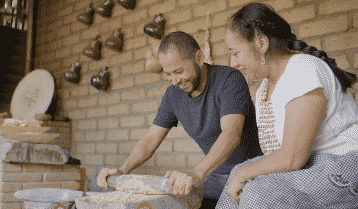 The handcraft of nixtamal tortilla making. Source: This is Mexico.

It was a major quest to change the face of Mexican food in Australia back in 2012, when me and my business partner Diana Hull embarked on a project to make the best tortillas Australia had ever tasted. Australian-born Diana is a passionate traveler whose travels had lead her to Mexico where she completely fell in love with the traditions, history and food. Our combined passion and determination took us back to Mexico to learn firsthand this ancient artisan craft of nixtamal tortilla making.

I have to admit the fact that even though I am a Mexican, I had such a little idea about tortillas, and this journey of discovery truly inlighted me to a side of Mexico that I did not know existed: a courageous Mexico in which indigenous communities fight every day to keep their traditions alive under the threat from large multinational companies and their own government. Even though industrialisation and science introduced advanced techniques and methods to mass produce tortillas and genetically modify maize to produce better yields, indigenous Mexicans have rejected these and the promise of “modernisation” in favor of conserving the tradition of making nixtamal tortillas.

The Ancient Mexicans get the full credit regarding the wisdom behind corn being domesticated into the cereal grain that we know today, and it is the same wisdom that today has kept nixtamal alive. Most importantly, nixtamal (like other traditional food preparations techniques) is enjoying a strong comeback in Mexico as people are becoming more educated, more proud of their indigenous background, and starting to understand that industrialisation and progress, especially in the food industry, does not mean necessarily better, more healthy, nor more tasty food. 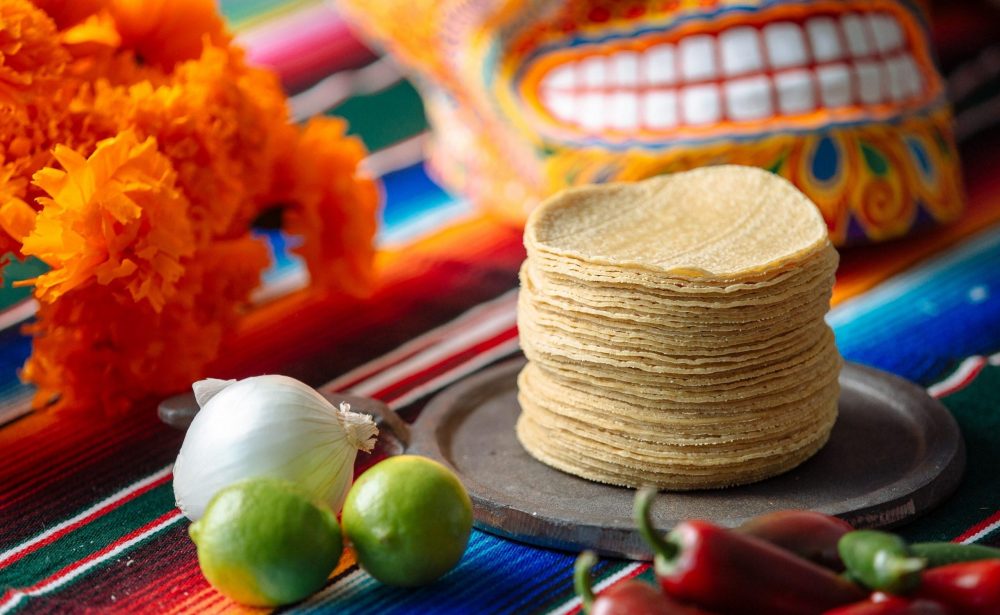 Our quest of finding the real nixtamal tortillas took Diana and I to discover that the basic yet brilliant principle of soaking whole corn kernels overnight in naturally-occurring limewater, then milling it with volcanic stones, produces a far superior product than what can be achieved by using the post-industrial corn flour, or ‘masa harina’ alternative. Using corn flour is unarguably the more convenient way of making tortillas. However, the result to that (which applies to most of the short-cuts taken in the food industry) is that the final product is lacking the flavor, freshness, texture, aroma and look of what a real tortilla is in Mexico. To understand the difference, it is similar to comparing instant coffee to a coffee made by an advanced coffee machine from freshly roasted and freshly-ground beans. It’s such a huge difference! And you have not tried a real tortilla until you try it in the real and ancestral way that is made.

The beauty of nixtmal lies in the complexity of making it. People in Mexico work in their family’s tortilla bakeries – tortillerias – from a very young age to learn this ancient craft that has been passed down for generations. Each tortilla master, or tortillero, has a signature tortilla that is crafted with techniques particular to her/his family heritage, and it will have a distinguished taste from the tortillas. Similar to our preference when it comes to coffee, as we enjoy it from a specific barista, blend or country of origin, a tortilla will be different based on where the corn comes from, the variety of corn and the unique craft applied to it. At La Tortilleria, we are now very proud to have Isaac Nava, a third generation of nixtamal tortilla maker from the north of Mexico leading our tortilla production. Isaac brings decades of tortilla making expertise and craftmanship to Australia. 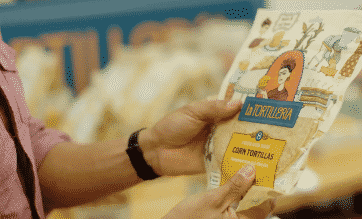 Visit to La Tortilleria, This is Mexico

Nixtamal shaped the history of Meso-American civilizations, from the Olmecs, to the Mayans and the Aztecs, and it continues to influence the way Mexican food is enjoyed and appreciated worldwide. Today at La Tortilleria, we have come to understand that nixtamal not only is a craft, but rather a way of respectfully living and honoring the traditions of our ancestors. At La Tortilleria, we strive daily to make a the best nixtamal tortillas, carefully following the same traditional method used for millennia to the smallest detail, to provide Australians with an opportunity to experience the real nixtamal tortillas and enjoy a fresh piece of authentic Mexico on their plate. 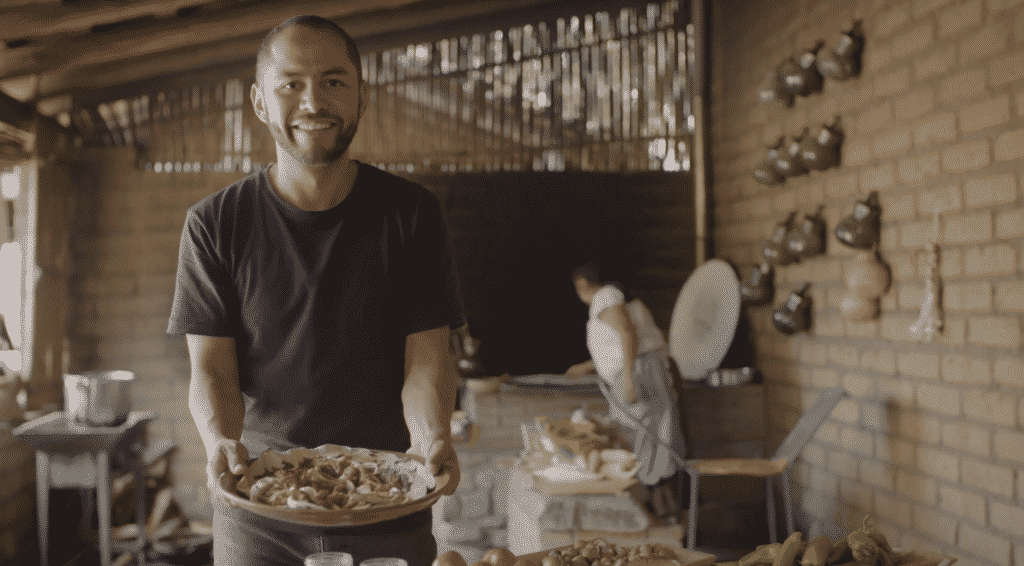