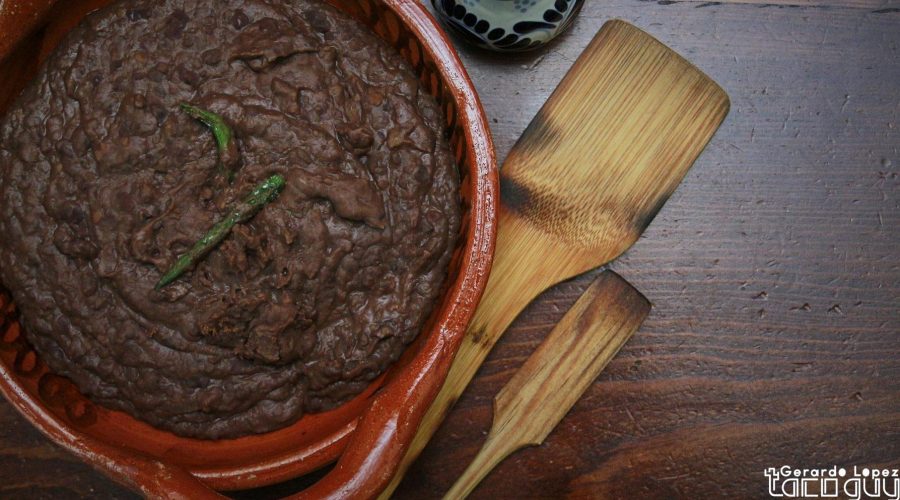 An essential recipe in Mexican cuisine using one of the cornerstone ingredients of Mexican cuisine, black beans. Beans are originally from Mesoamerica, and there are many varieties but my favourite for this recipe are black and pinto beans -or a mix of the two.
|

Beans are one of the many ingredients that have their origin in the American continent, specifically in the area now occupied by Mexico, Guatemala, and El Salvador.

Frijol, as we know it in Mexico, is one of the cornerstone ingredients of Mexican cuisine alongside chilli and corn. I normally refer to the three as the Mexican Cuisine Trilogy.  It is common to find them growing side to side in the milpa.  According to wikipedia, ‘Milpa is a crop-growing system used throughout Mesoamerica. It has been most extensively described in the Yucatán peninsula area of Mexico. The word milpa is derived from the Nahuatl word phrase mil-pa, which translates into “cultivated field.’

In Mexico, there are more than 58 species of beans and the black used for this recipe is only of them.

Frijoles refritos, as we know them in Mexico, are generally prepared with lard but for this recipe, we use cooking oil.  I suggest using vegetable like organic canola oil. 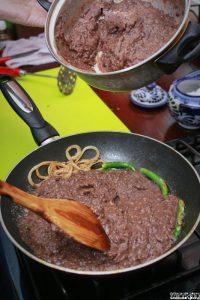 Frijoles Refritos
'Frijoles refritos' is one of the cornerstone recipes of Mexican cuisine. Translated to refried beans, this recipe is used as a side, a topping, or a filling. Given that this is a very easy and versatile recipe, I always have them ready in my fridge.
Print Recipe
Prep Time5 minutes
Cook Time1 hour 10 minutes
Total Time1 hour 20 minutes
Servings4 serves