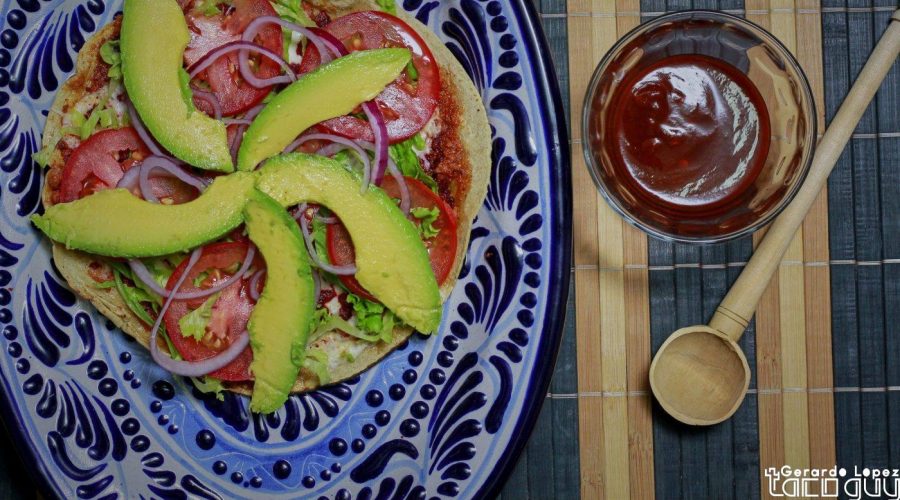 Oaxaca has one of the best cuisines in the world, and tlayudas are a prime example of it. They are sort of a giant taco with a friendly taste. I personally think these are our version of pizzas, Mexican pizza.
|

Oaxaca is unique in culture, architecture, and cuisine to the rest of Mexico. I like to think that the high mountain ranges that surround the state are responsible for its isolation from the rest of the country.  And to me, Oaxaca’s gastronomy is the best in Mexico and potentially in the world.

The food in Oaxaca is so unique. Moles are so delicate that have captivated the palates of the top chefs in the world. Spices and ingredients are wild and exotic at the same time. Tortillas are different too.  You can say that ‘tlayudas’ look like tortillas but they are actually bigger, so big that some get to sizes of 60cms in diameter.  They are also a bit thicker and more sturdy than tortillas, so they don’t get crunchy when prepared on the grill but rather harder but malleable.

To put it simply, a ‘tlayuda’ is a large tortilla made of corn of at least 30 coms in diameter which is brush up with lard on top and place on a comal (or flat grill) to cook.  Once it is hot, a layer of beans is put on top followed by cheese and your favourite topping.  When it is ready, it is garnished with tomato, avocado, and onion – and of course, your favorite salsa.   But this is an over-simplification, just like tacos there are hundreds of combinations for ‘tlayudas’.

The recipe below is just a basic one.  It is the recipe I learned from my dad’s family who are originally from Oaxaca City.  Note that there is no lard used or comal, but instead, we using chorizo and an oven. I’m aware that ‘tlayuda’ bases are not widely available so I have provided in the notes a way to replace them with standard corn tortillas, regardless of the size. 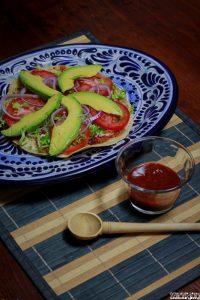 Tlayuda de Chorizo
Think of tlayudas as a Mexican pizza, but instead of a wheat base you have a corn tortilla and instead of tomato sauce you have beans. Then whatever you put on top it is up to you, just like you will do with pizza toppings.
Print Recipe
Prep Time5 minutes
Cook Time25 minutes
Total Time30 minutes
Servings4 tlayudas 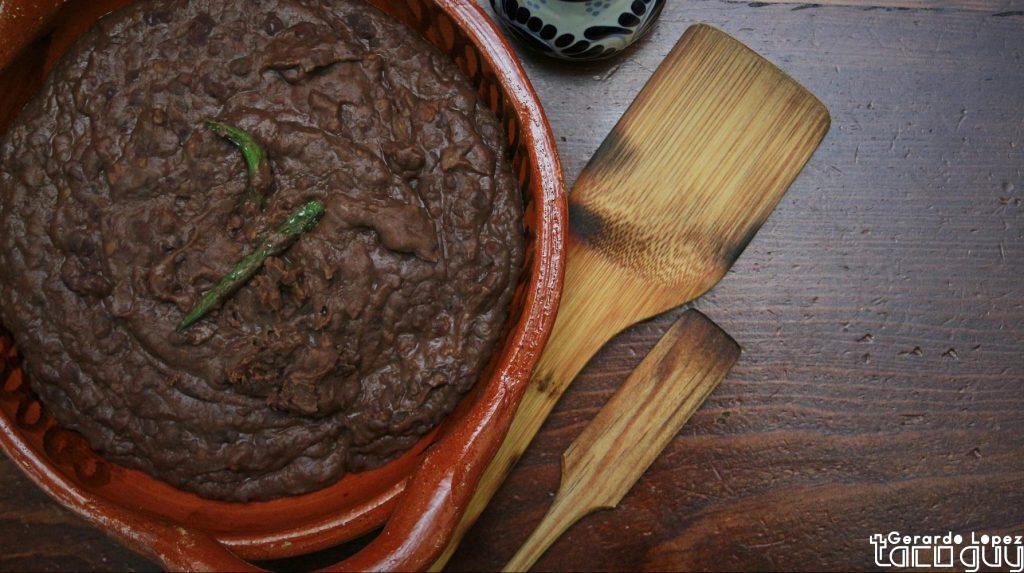