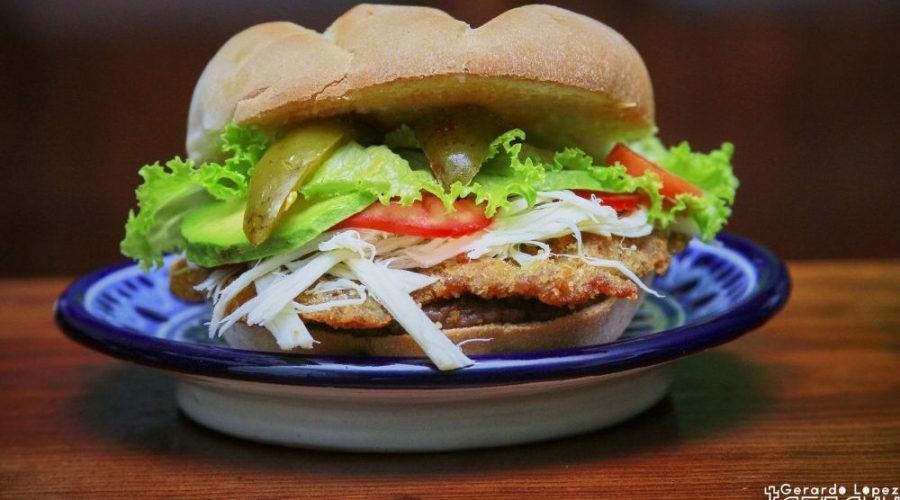 Tortas are of great importance to Mexico's street food culture. Instead of being a competition to the iconic taco, they are great compliment.
|

Oh, tortas!  Just like tacos, it is impossible to walk through the streets of Mexico and not finding a torta stand.  And just like tacos, these tortas come in many different sizes, fillings, and combinations.   I like to think they are the equivalent of hamburgers for Mexicans, and everyone has their favourite one, the local joint, and their home recipe.  Tortas have never been a competition to taco stands but a compliment, an important addition to the Mexican street food repertoire.

The origin of the ‘tortas’ in Mexico is unknown but they started to appear in publications and recipe books in the 1960s.  The literal translation of ‘tortas’ in Spanish is cakes, but this is not your traditional cake.  Tortas are an amalgamation of Mexican culture with European cuisine.  It is not surprising that tortas might have originated during the French invasion of Mexico who brought with them their bread baking techniques.

Tortas have multiple faces, and the combinations have no limits.  But some of the classic ones I remember from my childhood are:  cubana, milanesa, ham, and cheese, and chorizo. For this recipe, we have a simple way to prepare the Milanesa Torta but this can be enhanced and personalised by adding and substituting the fillings. 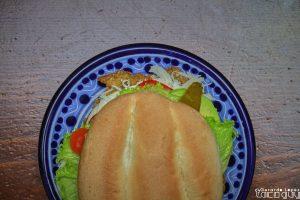